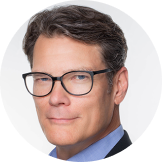 Mr. Jon Darsee has spent his career in the medical device and healthcare services industry including more than 20 years as an executive, mostly with companies promoting novel concepts in med-tech, digital health and remote patient monitoring. He recently became the first Chief Innovation Officer at the University of Iowa. His experience includes sales, marketing, corporate communications, product and business development, health policy, reimbursement, mergers and acquisitions, and general operations.

Jon was an early executive at iRhythm Technologies (NASDAQ: IRTC), a Stanford University Bio Design birthed start-up. To date, iRhythm is the most successful start-up to emerge from Bio Design in the twenty years since the program began. During a ten-year tenure at iRhythm, Jon served in several leadership roles as an Executive Vice President: Sales and Marketing, Corporate Sales, Business Development, and Health Policy and Reimbursement. Jon created and executed the reimbursement strategy that would be pivotal to iRhythm’s successful IPO in October of 2016.

With experience in telehealth, digital health and wearable cardiac devices, he has held leadership positions with companies in the US and Europe, including several start-ups. He served on the first American Medical Association CPT Telehealth Workgroup. He was also a founding member of Evidence Exchange for the Blue Cross Blue Shield Association, helping the organization transform their technology assessment offering to the healthcare industry. Jon provides health policy and reimbursement consulting services to early stage med-tech companies and sits on several boards.

At iRhythm, Jon led the effort to create new AMA CPT codes specific to the iRhythm novel cardiac monitoring service. Crucial to this effort was working closely with professional societies such as the American College of Cardiology, the Heart Rhythm Society and the American Medical Association. He developed relationships with Medicare contractors as well as many commercial insurance providers. Jon initiated and led efforts at iRhythm to establish Zio Service pricing, including for the VA and the DOD, Kaiser, Medicare and commercial payers. Employing a dedicated team of payer relations specialists and consultants, iRhythm gained 100% Medicare coverage while also establishing coverage, payment and in network status with most US commercial payers between 2012 and 2017. Critical to this effort was partnering with the Chief Clinical Officer to develop an evidence and publication strategy to support reimbursement as well as developing a comprehensive national multi-year advocacy program which Jon branded “15 Minutes to Advocacy”.

In his role as Chief Innovation Officer, Jon is in charge of the University of Iowa’s economic development activities, in particular helping to translate faculty med-tech research into commercial impact. The University of Iowa Research Park, the Translational Research Incubator, Protostudios 3D printing and design lab, UI Ventures and the MADE Program fall under Jon’s leadership.

A graduate of the University of Iowa and a member of the University of Iowa’s most recent Final Four basketball team, Jon graduated with a Bachelor of General Studies degree. Jon later played professional basketball in Brazil and also lived and worked in Switzerland and The Netherlands. He is a frequent contributor to the Des Moines Register and the USA Today Network; Jon writes a column on sports, culture and the arts. He and his wife Polly live in Iowa City. They have three daughters.